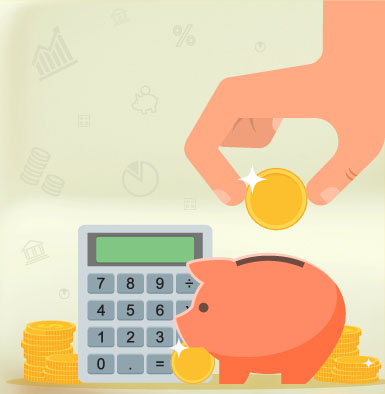 Take control of your
sales. Reach thousands
of local and international
investors – and
deal direct

HomeOwners Direct is a unique proposition
in the region. The service puts you in direct contact with
potential buyers and investors, both domestically and
internationally for off plan and secondary market offerings.
BECOME A REGISTERed DEVELOPERWatch Video

The HomeOwners Direct service
does not charge developers brokerage fees.
These savings can be passed directly on to buyers.

You benefit from dealing direct with prospective buyers with no third party involvement. Listing on HomeOwners Direct gives you access to a broad range of qualified prospects - property owners who are potential investors; tenants that are potentially buyers.

Complete control of your local
and international marketing, directly integrated
into your personalised CRM system.

Our service enables you to market
your completed and off-plan developments,
in one place, direct to potential investors.

Our neighbourhood search function provides prospects with both completed and off plan opportunities in a single search. This creates the platform for your project to be an integral part of each community before its even completed and gives prospects a wider range of options to consider

In 2016, Chinese outbound real estate investments increased by 56 percent, reaching $28.2 billion. China also became the largest cross-border real estate investor, overtaking the United States. Now I am sure that all property developers in the UAE are very much aware of the Chinese and other East Asian countries looking for property investment opportunities around the world. The questions still remain…

What are you doing to attract these buyers?

How are you creating a brand awareness in these promising markets?

HomeOwnersDirect.Com will be able to advertise your projects in East Asian countries such as China; Hong Kong; Malaysia; Philippines; Singapore; Indonesia; Thailand; Cambodia; Laos; Myanmar; Vietnam; Macau; and Japan. Our Global Distribution network reaches 65 countries worldwide and we are constantly growing! We already work with China’s number 1 local property portal, and China’s number 1 international property portal. Helping put your developments forward to investors in the east.
Get in touch to learn more about our lead guarantee packages

I just wanted to get in touch for a quick discussion about Location. We all heard the old expression that Real Estate is about 'Location, Location, Location' So why is that in most property portals buyers cannot relate your development to their location of choice?

According to recent research conducted by HomeOwners direct, most new buyers and investors struggle to place the location of a new project from the outset. They prefer the familiarity of a landmark, usually another community, which is already well known by family and friends to be their guide. This is even more important when it comes to international investors who may not know much about the UAE and where everything is located, but already have some clear landmarks or key areas they have heard are the areas they want to invest in - or around.

What are you doing to correctly place your projects "on the map" so they can easily be identified? How are you competing with resale projects in more established areas? HomeOwnersDirect.com keep resale and new projects side by side so that to users who sometimes do not know where the off plan is located can easily identify the area. We empower developers to compete fairly with the resale market

We know how important it is to know where new and existing projects lay, and how they co-exist. We help investors get a clear view of exactly where their investment will be, so we can accelerate the leads generation to your project. Get in touch to learn more about our lead guarantee packages

QHow Blockchain technology will affect YOU, the developer?

Blockchain is a distributed ledger technology. It is the technology that Bitcoin and many other cryptocurrencies run on. The technology has the potential to transform the property business. The potential shake-up would significantly speed up transactions and increase transparency.

One of the biggest impacts of Blockchain in real estate, especially developers would be a smoother, faster contract management process that expedites deals.

With smart contracts, every part of a sales agreement is automated. Through smart contracts, Sales and purchase agreements (SPA’s will be signed by the buyer digitally and will be stored as an immutable record on the chain eliminating the need for visiting Dubai or the Developer Sales Offices. Parties involved in a contract can access and verify it from anywhere in the world with a personal digital key also called private key, reducing the likelihood of fraud.

According to a recent article in the Gulf News, the Dubai Land Department (DLD) has announced the introduction of the Real Estate Self Transaction "REST", a platform for conducting real estate trading and transactions with multiple parties anywhere and anytime. The new platform enables the complete digital management of real estate transactions, eliminating paper documents and reducing brokerage procedures.

By linking the owner directly to the bank through a smart application, customers can more easily access mortgage services. Neither parties will need to be physically present as all property data is available online.

Using the system, the bank can offer direct mortgage, deposit the mortgage amount in the client's account, or decommission the mortgage directly in case of sale and purchase.

The platform enables landlords, based both in Dubai and abroad, to rent their properties and pay for electricity, water and Internet bills remotely, avoiding the need for property management and service agents.

QHow to Waste a Qualified Lead?

There is a lot of focus on Lead Generation for Property Developers in the UAE at the moment and finding quality and qualified leads can be challenging. According to Hubspot, 80% of sales require at least five follow-up calls before the deal reaches "Closed Won" status. Since 44% of salespeople give up after one follow-up, there really are a lot of lost opportunities for closed deals!

It’s a rather scary statistic, but according to a study most recently done for Harvard Business Review, 71% of qualified leads are never followed up with. What’s more is, of the leads that are followed up on, they’re only touched an average of 1.3 times. This represents tremendous opportunity costs not only in revenue, but in the customer/prospect experience as well.

For a lead generated online, waiting just five minutes will reduce the likelihood of contact by 10x factor. Now, as I shared in the classification section, I’m not an advocate that every online lead be contacted instantly. First off, few companies have the resources to consistently respond in such a manner, and secondly the context of your prospect often make it unnecessary.

I share this statistic to highlight that time is of the essence. For companies with a lead response system in place, the average response time is 46 hours, 53 minutes – almost two days! That is simply too long for the average initial response. When developing your lead response process, you want to address not only the time that a qualified lead should be responded to, but the frequency as well. As I mentioned further above, the typical lead is touched by a salesperson on average only 1.3 times. Increasing the number of touches to six increases the likelihood of making a contact by 70%.

When crafting your response protocols, you’ll want to integrate voice mail and email. Highly qualified leads should get at least six outreaches over a sustained period of time. As a final thought, I would like to leave with the findings of a Lead Response Management Study. I found it interesting although as they are not based in the Middle East, their work week differs from ours but if you swap the days around with our working week you can make sense of the summary below…

LRM Study Summary
The behavioural study revealed when sales representatives had success around calling web-generated leads. To find these facts, we looked at leads that were captured through a web form, and attempted or called at least one time. Summarized below are some of the more interesting findings related to speed and timing when responding to web-generated leads:

How much is my property worth?
Know More

Thank You For Contacting hod.co

One Time Password (OTP) has been sent to your mobile number
Please enter OTP
If you have not receiving SMS with in 2 minutes, please click